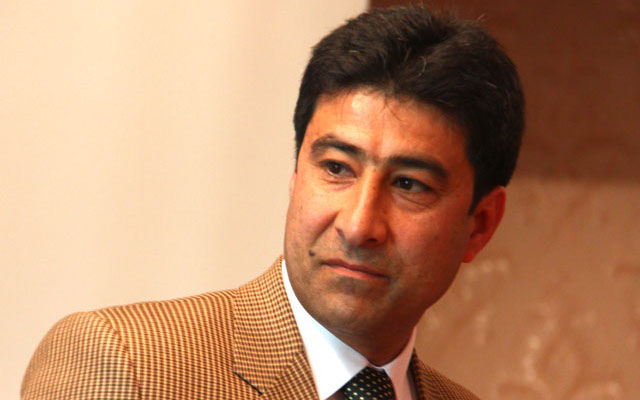 The conference began by recitation of some versus of Holly Quran. Consequently Mr. Said Mohammad Samey the director of Mazar regional office of AIHRC welcomed the participants.

By The Name of Powerful and Righteous God

Availing to the opportunity first at all I would like to thank Afghanistan Independent Human Rights Commission particularly the organizers of this important event. An especial thanks because of given me this chance to present the viewpoint of Civil Society and Human Rights Network (CSHRN) on the issue of “Civil Society Role in Strengthening Human Rights”.

Indispensible role of civil society importantly contributes to perpetuation and promotion of human rights in a society that no one can ignore this important role.

Rights of the citizens are one of the most important values of modern civil society, which is weaved to inalienable civil freedoms of citizens.

Legal researchers and anthropologists believe that civil society and its significant role builds the legal base of democratic states.

Civil society is not only promoting and strengthening human rights values but also strengthening legitimacy of democratic states. These are two main pillars of rule of law and push the states towards transparency and accountability. Another important issue is that civil society plays magnificent role in strengthening political participation of citizens.

This role also contributes to the legitimacy, and more importantly is strengthening democratic structures within the states therefore civil society streamlines democratic values in state structures.

Experts and professionals believe civil society has been established when a person claimed that this plot of land is mine.

This argument clarifies the stand of a free person to claim his/her property rights and the right of access to his/her property. Additionally this argument indicates freedom of speech and distinguishes individual rights of citizens as well as public property from state properties.

This argument is an individual stand and reveals the transition of human being from natural situation to a new period which is called Social Contract.

Consequently for the sake of protection and maintaining of the rights and social contracts people sought and need political representative, undoubtedly the government.

The governments who are not committed to abovementioned values are changing gradually to tyrant governments even if they are being elected through participatory elections.

•  Civil society is an independent sphere out of governmental structures;

•  The civil society is the organizations, where citizens are strongly represented that works for building better relationship of citizens with the government;

•  Civil society does not play a role to obtain the political power but advocates and lobbies to influence on.

The three abovementioned common points among experts and professionals reveal that civil society is a civil institution aiming promotion of human rights values.

Creation of well informed citizen is one of the outcomes of civil society endeavours.

Civil mechanism of monitoring makes the government transparent and accountable in front of the nations.

It is worth mentioning that for creation of well functioning civil society, following elements are required;

Three above-mentioned elements make the civil society to play its role efficiently in the following themes;

Strengthening the role of citizens through dissemination of information and public awareness is one of the essential roles of civil society.

Monitoring role of civil society forces the government in being transparent and accountable and helps strengthening rule of law.

Empowering public awareness, monitoring of governmental action plans and constructive consultation prepare the civil society to do efficient advocacy and have influence on laws, policies, social and economical as well as political plans of the government.

Civil society organizations could play a positive role in capacity building of governmental organizations both thematic and institutional capacity building. Through this, civil society provides opportunities for just participation of citizens in consultation process of law and policy making as well as participation of citizens in monitoring of implementation of governmental plans. This will ensure securing of all rights of citizens.

Unfortunately it is bitter to confess that civil society organizations in general and human rights based organizations in particular are facing three preventive factors that are negatively challenging the improvement.

– First at all, there is an anaemic political will to support civil society and the worse case, even there are some endeavours to exclude and marginalize committed civil society organizations;

– Secondly the attitudes of the communities are opposing the realities and demands of the society. It means that people are suffering badly from injustice but some deliberately and variety of people unknowingly is opposing human rights and democracy.

Generally despite all abovementioned challenges and realities civil society has magnificent achievements that ignoring of the achievements is not feasible. Civil society has played a vital role in policy and law making process that Afghanistan was not witnessing such opportunity.

Also the role and achievements of civil society in the field of capacity building, consultation and monitoring of human rights situation is tangible and could not underestimate them.

In conclusion committed civil society organizations and Afghanistan Independent Human Rights commission has been changed to banks of information about human rights that safeguarding of the bank-information is responsibility of every individual human rights defender.

AIHRC and committed human rights organizations by protecting the information and generating a genuine coordination could establish civil monitoring mechanism to force the government being transparent and accountable.

Establishing of civil monitoring mechanism will ensure enforcement of rule of law and sustainability of international relationship of Afghanistan after 2014.

Civil Society and Human Rights Network by having concrete strategy, well functioning democratic structures and expertise could be a proper strategic partner of AIHRC to work for activation of all role of civil society and focus on establishing of civil monitoring mechanism in the country.

By the wish of securing of human rights values and rule of law in the country.