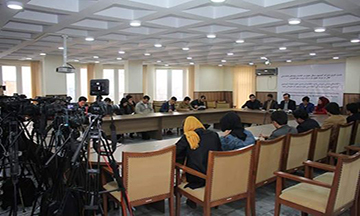 Resolving post-election disputes, unconditional ceasefire, and an reduction in aid from friendly countries to Afghanistan is an urgent need to prevent the escalation of the crises in the country.

As a common threat to all human beings, the COVID-19 virus is rapidly spilling over everywhere in the world and Afghanistan. Due to protected armed conflict, Afghanistan has lost its infrastructure, the country is now on the brink of a humanitarian catastrophe more than any other time in the past.

The spread of the COVID-19 virus has crossed all political, ethnic, religious and ideological lines and is threatening the country as a whole. Although official statistics confirmed only 42 infectious cases so far, the assumption is presumably much higher than announced.

On the other hand, the post-electoral disputes between the two forerunning electoral teams have diverted attention to contain the crises, paving further instability and diminishing global confidence on the Afghan government.

As the biggest supporter of the Afghan government, the U.S. Department of State has recently warned that it will cut $1 billion in aid to Afghanistan as the result of political disputes between the two electoral rivals. This has added further concerns to the already problems in Afghanistan.

Based on these considerations, therefore, the CSHRN, as a premier organization for civil and human rights in the country, recommends to all parties (government, political parties, the Taliban, and the international community):

CSHRN’s statement regarding the martyrdom of Tolo TV’s staff