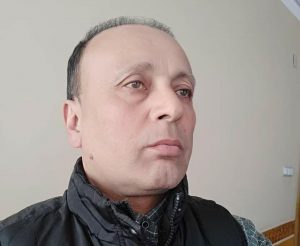 A number of civil society activists believe that some socially inappropriate behaviors in the country that oppose religious teachings are permissible under name of value, which can cause sensitivity of the Taliban’s negotiating team.

In an interview by Civil Society and Human Rights Network (CSHRN), Mr. Bahir said that issues such as political participation and women’s employment are among the values ​​permitted in religion. However, some other activities under name of value may be sensitive for Taliban. He added that the content of some television programs, such as showing nude images is religiously forbidden carried out under name of the Islamic Republic of Afghanistan. This can be sensitive for Taliban and they might oppose women’s rights.

CSHRN: Do you think there has been a change in the Taliban’s view of women?

Baher: The fact that Taliban accepted negotiation with female negotiating members and gave an interview to female journalists means that their perspective could change. They used to believe that women should be kept at home. However, now they are willing to sit at the same negotiating table as women do which indicates a change of view.

CSHRN: What is your assessment of what has happened so far in the peace talks?

Baher: I think if there is no mediator involvement, demands, proposals, and preconditions in the talks will make the peace process time-consuming and ineffective. Mediators play a major role in resolving disputes. Therefore, the United Nations and the countries involved in this process need to agree on a mediator.

CSHRN: Given the history of the Taliban, especially with regards to women, do you think that will the negotiations have a favorable outcome?

Baher: Negotiations are the path to achieving peace. Taliban with having military strength and controlling many areas of the country have their own demands. Therefore, without a peace agreement, they will continue fighting and increase violence. Undoubtedly, Taliban do not accept some of the achievements of the Afghan people in recent years and consider it part of the imported culture and values ​​and challenge the dialogue based on these issues. However, by the presence of mediators, the negotiating parties will show flexibility for reaching an agreement.

CSHRN: Some believe that in order to reach a peace agreement, Taliban may impose restrictions on women’s rights. What is your opinion on this?

Baher: In order to reach an agreement, flexibility is the precondition. An agreement cannot be achieved when both parties insist on their demands. Additionally, women’s rights should be discussed through a moderate Islam perspective. If so, it will be acceptable for Taliban as well. Changes happen over time. For instance, Mujahiden shared the same views as the Taliban. However, they started respecting human rights over time and became supporters of democracy in Afghanistan. In today’s world, Taliban can no longer sustain their violent behavior and govern people.

CSHRN: What effects can the presence of women in the negotiations have on Taliban?

Baher: Women’s presence can be effective. By participating in the negotiations, women can discuss their demands and argue against what the Taliban consider to be a violation of Islamic values. Hopefully, the female members of the team will be able to represent women and have the courage to emphasize protecting their rights. A number of these female representatives have the capability of working in political and social spheres and defend human rights better than some male members. However, if the negotiations do not reach an agreement, different team members will be selected to negotiate with Taliban and some elite women may join the team.

CSHRN: How do you think the Taliban presence in future government will affect the activities of women and civil society?

Baher: It depends on ability of the negotiating team members and the nature of the peace agreement. Undoubtedly, Taliban will oppose the values of Afghan society, if they take power. It is concerning to see that some of our significant achievements are ignored by the presence of Taliban in the government. But, at the same time, I believe Afghan’s access to technology has made them open-minded. Therefore, they will not tolerate a violent Taliban regime.

Mr. Baher reiterated that it would be difficult to reach an agreement without a mediator. The international community and the United States should agree on proposing a mediator.