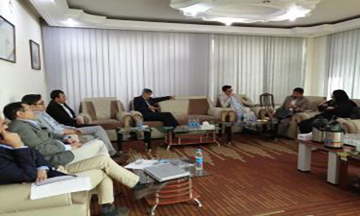 At the beginning of the new chapter of its activities, Civil Society and Human Rights Network (CSHRN) has begun to address the legal status of minorities as one of its priorities.

On this occasion, on October 27, 2019, CSHRN held a consultation meeting with a number of civil society activists, elites and university professors.

The participants discussed their views, criticisms and suggestions on the situation of minorities and ethnicities in Afghanistan. In this program, they shared views regarding the discrimination in the laws (written and unwritten) culture, society, politics and economy of Afghanistan.

It was emphasized in the program that eliminating ethnic, linguistic, and religious discrimination is the government’s basic responsibility in eradicating any kind of supremacy through enacting laws and other mechanisms. According to these activists, discrimination is structured to the extent that divides the citizens into first, second and third degrees. When a province is put in the third degree, then that province is two level lower than the first degree provinces in terms of development, and welfare. Development of health, education, economy and culture of that province is the third priority. This in turn has caused population congestion in the first degree provinces and has transformed the productive force into a consumer force in the first provinces.

Through its constructive advocacy and engagement with the government, CSHRN is determined to co-ordinate minority rights programs.

Call for Afghan organizations and civil society activists the political representatives of the United Nations, the Government of National Unity and the enlighting movement On the negotiations to get a fair solution