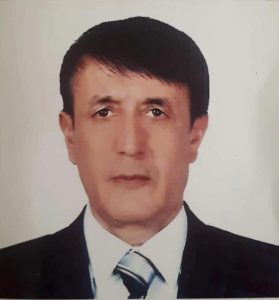 A number of civil society activists say that lack of progress in peace talks and the escalation of war and violence have dashed hopes for the talks.

In an interview with the CSHRN, Mr. Saies said that lack of progress in the peace talks and the increase in killings and violence have turned hopes and expectations they had for these talks into disappointment. “I think it is necessary for the countries supporting the Afghan government, especially the United Nations, as well as the countries supporting the Taliban, to pressurize both the parties to negotiate a ceasefire first. Since the beginning of the peace talks, violence and killings have reached at its peak, and has raised hostility. Ceasefire should be a precondition to the peace talks.

CSHRN: Is peace acceptable only in the sense of ending violence?

Saies: The absence of war and violence does not mean peace. Peace is acceptable when different ethnic and religious groups are present in coexistence. Differences should be accepted as a definite fact, in which case we will not have a challenge. We want security with social and occupational safety and freedom of expression.

CSHRN: Given the Taliban’s background, especially with regards to women, will the peace talks reach a positive outcome?

Saies: The Taliban regime have already experienced failure. They did not respect human rights values during their rule. Women, as half the population of the country, were not given a share in their government. They were not allowed to work, study, or even choose their life partner (husband). If they remain the same, they will be still known as a terrorist and extremist group that is alien to all human values that can hardly submit to peace and humane values.

CSHRN: Do you think there has been any change in the Taliban’s view of women?

Saies: If the Taliban wanted to denounce their past and engage in new perspectives, they would have at least two women in their negotiating team, proving that their beliefs and attitudes toward women has changed. Therefore, I do not see a change in the Taliban’s view of women.

CSHRN: Do you believe that the government’s negotiating team, especially its female members, has the ability to represent Afghan women?

Saies: The women who are part of Afghan government’s negotiating team are capable individuals, including Mrs. Kofi and Mrs. Gilani, who have the capacity, ability, and strength to express themselves. In my opinion, men in this team are capable too. Individuals like Mr. Mansour and Mr. Naderi are the ones on whose negotiating power I can count.

CSHRN: What issues about women should be emphasized in peace talks?

Says: No one but women has the right to speak on their behalf; they have a different view of government and governance, and have to decide their own destiny.

Today, we have many intellectual, elite, and educated women in politics, whose power cannot be ignored. Women must defend freedom and presence in power, society, government offices and economic activities as their red line. As long as women do not participate in economic activities and do not contribute to the development and growth of the country, Afghanistan will not prosper at all.

CSHRN: Are restrictions imposed on women’s rights by the Taliban acceptable?

Saies: Both of the negotiating parties must show flexibility. Even for achieving a temporary peace, some flexibility is needed. This can include the right to education, work and the choice of a partner (spouse), and should not be taken away from them.

CSHRN: How will the presence of the Taliban in power affect the activities of civil society?

Says: In my opinion, with the Taliban in power, not only civil society activities will be endangered, but also values such as the democratic system, principles of constitution, human rights values, freedom of press and women’s freedom achieved in the last 19 years, will be undermined. However, given the presence of elite women, educated youth, and the large number of schools and universities in the country, I find it unlikely that the Taliban’s views will be accepted in society.

Mr. Saies believes that war and peace in Afghanistan are both imposed from outside, and peace- building in the country depends on the support of countries involved in Afghanistan.