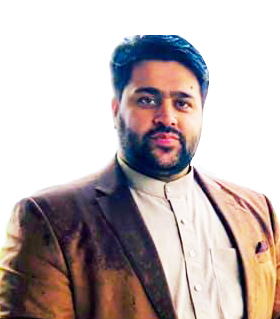 Woman is the form of independence within the body, the body that whatever is happening is barred more than before. The organ that passes through skin and flesh, and now like a machine, is turned cold and hard.

The woman alive brings the machine into life once more, in the form of a picture hanging on the wall, picture that is spread out on the wall, an image that requires her to fight for the emancipation of the people, sensual powers latent in the head, wants to move up from this state, to be in a position to be variable and different from what is symbolic of modern women.  Symbolic place, an artificial mannequins, disposable, Mannequins with sensual colors, such as those that suit the man, get out of the place where it does not belong. Thus, becomes body that escapes from feminist, gender that is not the first nor the second, which was lost possession and harsh in search of identity, beyond naked or covered body, and is born again to emerge out free from sense of insanity and seduction of body .

Is born as a fluid line between the sacred and the evil, in the moment to impact the deterioration of brightness, to escape away from the symbols and tradition and spring out free from any outbreaks and looting of tradition and redeem society. Woman becomes as a shell for herself and her existence as being wrapped around to close any breach openings.

As the community becomes harsher, she makes a thicker shell for herself and that is a woman!

The woman, now freed herself from whatever that makes her more feminine, it does not upkeep with other people, this woman because colored dark to impurities on the pages of time, is now a machine that separates her from the past and entrusting her to the future, where it belongs to accompany herself, with the existing isolated places as the only female figure, is now more than women, beyond gender, beyond the judgments of the community and beyond the expectations of men.

A new strength is shaped beyond imagination and with a force that discarded attires and has a mask on for the future, and that’s when the world wants to stop her; a moment arrives to repeat its past and men, who have contributed in any part of the body and knew it as own, is now frightened of this transformation and unity all over the body and extremities, face and head, the fears of the naked figure. The man want to roll back the Harmony, of the exposition of uncovered woman in front of him, his increased will. But ways will be closed. Woman of power, with every abundant movement, makes blood flow into life, the dark years are forgotten. She now appears in her own Solemnity, without being a mother, a wife or a sister. She now completes the half and appear to actually stand in a place where only a woman, without any prefix and suffix is.

Convention on the Elimination of All Forms of Discrimination against Women

Why did CSHRN choose Herat city to work on reducing family violence?

Cancer: the name of the second death in Afghanistan