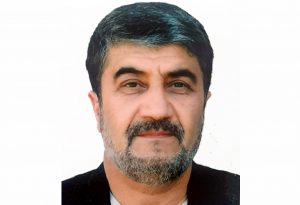 Some scholars believe that Afghan society in the years after the fall of the Taliban has not been able to achieve the expected goals with regards to human rights, equality, social justice, and women’s rights in specific. The foundation of public belief in women’s legal and social equality in society has not been strengthened. Therefore, there are differences between women at different levels and regions of society, which has prevented them from becoming a single force to achieve their rights and change the view of society towards themselves.

In an interview the CSHRN, Mr. Saljuqi said that Afghan women are fragmented by different cultural perspectives and identities and are not perceived as a major and transformative force in society. “We have not been able to establish and strengthen the foundations of public belief in women’s legal and social equality. We started defending women’s rights based on a very weak social foundation. This caused a divide between rural and urban women. Living in a traditional society, rural women are housewives while urban women appear to live modern lives, which separate the two groups.” Said Mr. Saljuqi.

CSHRN: What do you mean by separation?

Saljuqi: Rural women are traditionally captivated, and women in the city have stepped beyond the realm of modern civic and social development resembling European citizens who have lived for a hundred years in a democratic society. This major change has prevented Afghan women from becoming a single entity with the same social status; The majority of society is made up of traditional women, and the minority of society consists of modern urban women, and the two groups cannot be united in a struggle for fundamental and civil rights; For this reason, women have become two separate poles, and this distance has caused them not to have a single voice. Unfortunately, I have to say that Afghan women will face problems in the future.

CSHRN: What can guarantee a good future for women in Afghanistan?

Saljuqi: We must work to strengthen women’s rights and their legitimate and legal freedoms. For example, women’s rights such as education, employment, business, political participation guaranteed. The rights provided by religion for women should be respected. They should have the right to choose a spouse, inherit, and register property. They should not be used as prey in the social and ethnic exchanges of their families. Instead, they should be present in society and make decisions.

CSHRN: Do you think that the female representatives in the government’s negotiating team have the capability to properly represent women?

Saljuqi: There are some powerful women who oversee the negotiations between the government and the Taliban. However, the negotiating team members are not selected based on their capabilities, rather on the basis of political considerations. Otherwise, many capable women that exist in Afghanistan, should have been chosen. If someone addresses women’s rights from the theory of feminism with the Taliban, it will undoubtedly create controversy. But referring to some hadith and verses from the Quran will have better results. As we know, in Islam, there are different sects each with different views on women, but none of them accuses each other of blasphemy. When women with knowledge of religion enter into a dialogue with the Taliban, the Taliban are likely to comply with their argument, and their traditional views may change.

CSHRN: Some believe that the very presence of women in peace talks can affect the Taliban’s attitude towards them. What is your opinion on this?

Saljuqi: Women are much better able to defend their rights than men who claim to protect women’s rights. Therefore, in order for the opposite team to see the real defenders of half of the country’s population in some practical way, there is a need for capable women in the team so that the Taliban may retreat from their political and traditional positions. The participation of women is very important and effective, and they must be present and defend their rights with power.

CSHRN: Given the Taliban’s background, especially with regards to women, do you think that the peace talks will entail a positive outcome?

Saljuqi: The main topic of discussion is not a disagreement over issues related to women. Rather, the main issue is a ceasefire, stoppage of war, reduction in violence, and the creation of a suitable environment for living in the country. Women’s rights will be discussed at the second stage. Today, the people of Afghanistan are not fighting just for the restoration of women’s rights. The families of the victims of violence are not burying their loved ones for the sake of women’s rights. The motivation to fight terrorism is not just to defend women’s rights. The issue of women’s rights or the realization of social justice for equal rights for men and women, which is part of a democratic system, will be discussed in the second stage after the end of the war. For this reason, it cannot be said that if the Taliban team does not show flexibility on women’s rights, there will be no peace or political bargaining for reconciliation.

However, there are two major problems with the peace process; first, when the Taliban claim that they respect women’s rights in accordance with the rules of religion and what is stated in the Quran, no other political platform will have the opportunity to claim that women’s social and political rights must be upheld beyond the rules of Islam. Such a claim will be confronted with a large part of the traditional Muslim community, in which case we will face the abstraction of a view that can lead women to their democratic rights.

CSHRN: What is your assessment of what has been in the negotiations so far?

Saljuqi: So far, no promising progress has been made during the negotiations. Just as the war in Afghanistan is, proxy war, and Afghanistan has become a battlefield for the interests of the regional and world intelligence networks, so is the peace of Afghanistan a proxy peace. So, if the interests of the powers involved are guaranteed, there will undoubtedly be progress in the peace process. There is no doubt that the Afghan government could not be re-established without the support of the international community, and that all its freedoms and political powers relied in some way on American support. Therefore, Afghanistan has never been independent and free in its international decisions. The Taliban, as an ideological and ethnic movement in Afghanistan, has emerged in recent years with the instigation of Pakistan’s ISI and cannot make decisions independently. Hence, both sides in the negotiations are heavily dependent on their international support sources. If we consider the negotiations as a kind of political and social trade with the Taliban, no doubt both sides of the dialogue must make concessions, and the result of the negotiations will be something that is neither ideal for us nor for the Taliban. In any case, I do not think that these negotiations will end soon unless the supporters of the Afghan government and the supporters of the Taliban reach an agreement first.

CSHRN: What issues should be discussed in the peace talks with regards to women?

According to Mr. Saljuqi, if the Taliban respect civil rights and freedoms through negotiations, it will make women less concerned about their future. From now on, he believes, peace talks should be used as an opportunity, and women and men should seriously protect women’s rights. Mr. Saljuqi concluded that the peace process should be used as an opportunity for defending women’s rights so that they not only achieve their rights but are also saved from traditional customs.